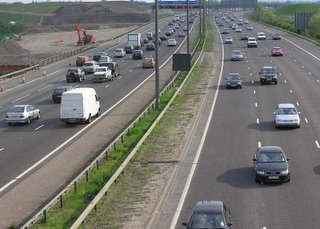 This week it's my pleasure to introduce Kay Richardson, who defines for us:
Emote? v.i.?

I know what an emotor is. It's a kind of car run exclusively on electricity. Emotor.

But 'emote'? It's all about expressing emotion. And what kind of person doesn't emote at least once a day? We all emote. Be it furiously in the bedroom, or calmly in the bath. That said, I once knew a girl who wouldn't emote. That wasn't necessarily a bad thing. We wouldn't get bogged down in conversations about how she felt/how I was a bastard etc ... but it did lead to her death eventually.

As an actor, I often emote on stage. Tip - to look angry, quiver your eyebrows. To look happy, open your eyes wider than you'd do usually. These are acting tips, Reader. Use them well.

Emoticons are rubbish, aren't they? :-) I hate them. They're contributing to the destruction of the English language. English is great too - you're reading it now. Imagine how great that is. Revel in your knowledge of the language. Hey, we can even laugh together at those stupid people that don't know English for we are brothers in tongue. Those others might be trying to read this now - not knowing that I'm dissing them. Stupid non-English speaking losers.

Emote.- to communicate emotion. I think poetry does this best. I'll end with one of my favourite poems. It's by Adrian Henri and its called 'Poem for a Motorway Girl':

I wanted your soft verges,
But you gave me the hard shoulder.

About Kay: Kay is an actor, director, writer, Brit, inspiration and apparently some sort of cad. He writes the darkly entertaining blog, Soul-thoughts of a Troubled Actor in which he shares the highs and lows of professional acting, cat-owning and ant-hating. Most of his posts express a bitterness I can only admire and applaud. He will be listed among my links in the section with the language advisory, not whimsically.

Kay reports recently having spent two unjust weeks in a detention facility as the result of a performance improvisation that injured a crowd of schoolchildren and is currently serving a one-week sentence with his family in the countryside. I feel applause and sympathy are warranted. He wants us to know that he was born on the coast and once sat on a bus next to Kelly Brook. I recommend his site as an entertaining read for those over 18 who like trouble and don't mind being offended. Considering that he was born and raised overseas in Great Britain, his English is remarkably comprehensible as well.

Thanks to Kay for his command performance and to Miz Bohemia who commanded it.

How to be a future guest on this site: Just send an email to dpascover at mac dot com. On a future Wednesday, after posting that week's guest, I'll send you an email with a word to define. You'll be expected to return your definition along with a graphic representing either your definition or yourself by the following Saturday. The only rules are no profanity and no novels, please. And whatever I make up at the last minute.
Posted by Doug at 3:40 AM

Am I the only non-native speaker of English on this blog? Well, I am offended. :) I sure would like to give this Brit an emotive piece of my mind. But what can you expect of a nation that forms sentences like: "You gave me quite a fright!"
Oh, by the by, I actually studied British English and have quite an RP accent...whish I wouldn´t now. ;)
Anyways, here is a little quote:
“The more she emotes, the less he listens, and the less he listens, the more strident and emotive she becomes” (Maggie Scarf).

Nice to meet you Kay. Emoticons are a thing of annoyance, but in the age of cyber-dominated communication, it's often the only way to emote humor through tongue in cheek or deadpan delivery without the aid of visual or auditory expression.

Oh lookie there, I just tied in a nod to your acting, how cool of me. ;) (case in point, the little winkie is not to tick you off, but rather to show you that I don't take myself all that seriously).

Doug... thanks for the mention... no, in response to a previous comment, you will never disappoint this bohemian!

Kay! My bah humbuggy friend... I see you are already causing trouble here and it is only the beginning! It was a pleasant surprise to find you here.

Hope all is well back home, that the trouble is kept to a minimum, no police interventions p-lease and I wish you many bosoms and Sienna Miller for the new year!

Catty Yummy Mummy... and don't you forget it!

I've got two teenagers emoting all the time here, I don't need any more, thankyouverymuch!

And at the moment, ChathamCat is emoting his desire for more food.

Emote - that which never seems to find a balance between reasonable and ridiculous.

Kay, how did her not emoting lead to her death? (unless you meant we are all on our ways there.)

He makes a curmudgeon envy his bitterness? Must stop by some time.

Another wonderful guest and definition! This one had me laughing quite a bit. Thanks!

Monika, my English isn't so good. Qu'est-ce que c'est "RP?" And I apologize on behalf of new freund, uh, friend.

Saurkraut, delighted to see you here. Emote on back some time.

Dddragon, let it all out. We can take it.

Excellent question, Ariel, although one I kind of hope he doesn't answer.

Ariella, it's something to see.

Glad you like it, Aral. I trawl for your happiness.

Doug, RP is short for Received Pronunciation. It is the English the Queen speaks, the standard form of British English, so to speak. As we all know the UK has many dialects-some of them quite incomprehensible to the normal ear- and this "made dialect" is the posh version of Bristish English. I could go on forever, but I think there is someone more apt for the job of glorifying English than I am ;)

Oh, thank you Monika. So, RP is the "Queen's English." Here in the states we call that "German."

Nice going and pleased to meet you Kay.
I'm emoteless this morning.

Hi Kay, nice to meet you. I recently posted about teenagers emoting all over the place. I'm all by myself today; they're emoting somewhere else. I also have ddd's problem, now the pets are emoting.

Hello, Kay. I am glad you live far away from me because I am a bit disturbed about the demise of that one girl you talked about. Hmmm... I wonder HOW she died?
You are bitingly funny. I'm so glad I'm not a non-English speaking loser AND I don't use emoticons! My self-esteem has really been lifted by your writing. Thanks!

Hi Kay, good to meet you. Glad you speak good English for an English person.

Do English people, sounds like a bad rip off of The Village People, truly emote, or is that saved for the stage

Do realize that Doug's site is an asylum for mad but wonderful people. Mad in the true sense of "mad dogs and English..." or is it the other way around?

Hi Doug. Must I announce your nomination for you? Because I will.

And ready to take on the world, I see, Alice.

Feed them, Fred. Feed them.

Ah, my favorite inmate. Pia I'm not sure what you're talking but I'm afraid.

I went to Kay's site and read a lot of it. He's...well, an honest hypocrite anyway. That's good. As Jackie Gleason once said, "Modesty in an actor is as fake as passion in a call girl."

It's refreshing to see such a great love affair: one actor, unassisted. ;D

I will emote about you in private Kay.

Oh wait...I should keep that to myself.

Epic comment, TLP and a great quote. I'm grand, thanks.

Ha, Ariel! True, but darned if the rest of us know what you're laughing at.

Jenna, welcome and thanks for sharing. Do go on.

Hello Kay. I see from hyour profile that you take tea.

Um, where do you take it?

that's the fun in it, Doug, just ask Kay!

Poobah, for once I'm without response.

"Mireille" is the definition he left out.

OK, Ariel, but tell me, please. It's not my haircut is it?

you mean your head, right?

"Epic" as in too long? Sorry. *sigh* Normally I eschew obfuscation. Just came back to tell you how I really feel. But, I think I'll skip it.

Oh, Ariel. I was afraid it was my head.

Dagnabit! On opportunity to finally hear an opinion from TLP and I blew it!

See, Actonbell, isn't it touching the we can still share so much with our cousins across the sea? Your verifier line should be on a sampler. (I'll assume I shouldn't take it personally)

Okay. Since you begged.

Darn. I know I had an opinion. Just like that, *poof*, it's gone. Who were we talkin' about?

Kay-
So with you on the emoticons thing. We are losing the art of conveying 'tone' in our writing. *sigh*

Blimey (English term). Hello all. Thanks again to the lovely Doug for affording me space on his blog. 1) I intend to cause no upset - it's non-English speakers that I despise, not non-native English speakers - at least you made an effort; 2) The girl died only in a metaphorical sense. She lives in North London; 3) Emoticons are rubbish. I know I'm swimming against the tide of popular opinion here, though; 4) Love and thanks to the ladeez (they know of whom I speak); 5) Thanks to all those who have passed by my blog and left (upsetting) comments.

6) Oh and Britain is fab. You all know that's the case. You were British once, of course.

God Save the Queen.

TLP, I'm pretty sure it was either the U.S President or Kay.

Kay, thanks for being a spirited guest and guests that don't show up are, of course, the welcomest of all. Please come by again soon, and if you'll add the perfidious new abbreviations to the emoticons, I just might join your militia. Urs.

kay...what a royal subject to the crown you are. I´ll nominate you for knighthood :)

:)
Mind you, I have very sharp teeth.

You two should take this to a chatroom.