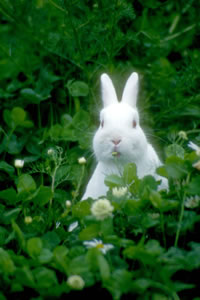 Unitarian, n. One who denies the divinity of a Trinitarian.

2005 Update: An empiricist pondering the great mysteries of life and faith such as how many angels can fit on the head of a pin with a coffee urn; when we die do our souls leave our bodies or continue to inhabit our remains at the Justice Committee meeting, or; how do we know Emerson wasn't gay?

Email ThisBlogThis!Share to TwitterShare to FacebookShare to Pinterest
Labels: U, Wordbook

Rabbit, Rabbit!
I´ll be back later, just love to be first and if anyone publishes a comment while I am typing I am gonna lose it...maybe I should stop typing and just publish...Monika, do it already!

So, now that I have accomplished my goal for today...lets find something on the topic:
"...if you believe in it, it is a religion or perhaps 'the' religion;
and if you do not care one way or another about it, it is a sect;
but if you fear and hate it, it is a cult."-Leo Pfeffer-
So I am gonna go for Duotarian!

LOL Monika. You got it babe.
Or I should say that Doug has it dead right.

Unitarian,n.,
One who believes there are lots of questions, but few real answers.
One who worships at the coffee urn.

Unitarian, n., one who believes there are no real answers, but is willing to keep searching for them anyway; worships coffee, discussions, and committees.

Monika, I love it. Will you be co-Bishop of your duopoly?

Dddragon, I went to google images and put in "Unitarian Bunny" and that little fella came up.

Unitarian - One who devoutly unites. Well okay, not exactly so. But it sounds like it could be. And you know I'm all over anything that involves worshiping coffee. Eureka! Quick - someone get Dubya a cup of joe so he can start devoutly uniting!

From the redneck dictionary: one who comes late to dinner and ever'thin else. A white rabbit human bean. He's allus tarryin' and never on time.

Maybe: People who once were Jewish but want to celebrate Christmas without Christ or any religion hampering the celebration

i think it's best being biometric. it immediately doubles your chances of having a date on Saturday night.

multiplication is the name of the game

zpmtvwku: i want my Mtv

Two Unitarians walk into a bar.
Or do they?

These are the great questions of life.

I love Unitarians. They're so ... random. xoxo

someone who wouldn't know what to do if Jesus greets his soul after death.

Thanks for the 'debate announcement' Doug!

Oh, not true asiansmiles! I'd smile and say, "Ah! You had me fooled!"

After that, he'd have a lot of answerin' to do about the state of starving children in Africa, just as a start. That guy. I'd love to meet him.

unitarian (n) - One who wears a unitard.

BTW, what about all the Duotarians, Quatrotarians, et all? We don't want a religious war breaking out because someone didn't get mentioned.

Don´t know what to say to omnipotentpoobah...I feel anger rising!

I attended my cousin's wedding years ago in San Diego. The presiding minister was Unitarian, I think, but I'm sure it started with a "U." Well, she did the whole ceremony saying, "Mother-Father God in place of God." I found that rather interesting. I've never heard that anywhere since.

Rabbit, rabbit! Good luck and much happiness all month long!!

The insolated secular Jew says, "I don't get all the jokes! What do rabbits have to do with everything? Why do Unitarians drink coffee?" Help!

Sar, I'm trying to imagine Bush marching with a SAVE DARFUR sign. I'm a little amused.

Hahaha, TLP! I bet you've got a million of them. I'll take 10 for starters.

Mirielle, and I bet they can't get enough of you.

Sure, Asiansmiles. Do you need the URL for the debate?

I'll look for you there, too.

Funny story, Jamie Dawn. Here's (possibly) another: At my sister's wedding there were Catholics, Evangelical Protestants, Mainline Protestants, Jews, Atheists, and at least one Sikh. My sister asked me to say the blessing at the reception and I didn't want to offend anyone so I opened with "Heavenly Master..." The Minister leaned over while I was speaking and asked my Brother-in-law, "is Doug Unitarian?" Thanks, Jamie Dawn and the same to you.

S, maybe one of the Unitarians can help. Rabbit, rabbit is a Pez thing to bring good luck. I can't find the archive on Dddragon's site but if you can there's an explanation on November 1.

My computer's giving me bad cybes, man. When I click on "here" I get "Not Found." Didn't even know I was lost.

Bad cybes are tough, S. OK, the slower but surer way is to go to Dddragon's site (Link on right) and scroll down until you see the archives and click on November 2005, it'll be at the bottom.

We all do, Ariella. If you're a good dog and let the children eat, they're a pretty welcoming bunch. For Asiansmiles' sake: MT 15:26-27

Great photo, Doug, and as usual, your definition is pretty fly. Forget about the cat's pajamas.
A Unitarian bunny, huh? Maybe that fits: Unitarians don't exactly worship at the coffee urn, but they do seem to be seeking something there...this little guy is definitely seeking the very essence of life.
Note: Unitarian is not to be confused with the Unification Church! I've met people who didn't know the difference, and I've also been stalked by a moonie (bad chapter in college). BIG difference...

Since I seem to be batting at the end of the order here, all I can add is....Rabbit!...Rabbit!

Actonbell, thanks fly girl. The story on the rabbit is that a Unitarian congregation, being pagans, was holding a Spring Equinox celebration and, being Wiccan no doubt, used the bunny to advertise it. Have a magical cruise.

Ah, excellent choice, doug... I love Emerson. (He was gay and relieved, by the way.)

My only experience with the word "unitarian" was a visit to the local Unitarian Universalist(?) church here in town. Very...interesting. There was much hugging going on in there (far more than I was comfortable with), and I distinctly remember the priest/minister/whatever wore flip-flops during the service.

I can't wait for the day I can sit around for ten hours and think about this before I post.

I can't wait for the day I can sit around for ten hours and think about this before I post.

Not being all that familiar with this Unitarian thing, I still thought there were various interpretations, but always thought of it as some kind of religious deism.

that or it’s the person working at the one book library.

Doug, you did a great job with the definition. I can't top that.

I'll just throw in the oldie-but-goodie that all Unitarian Universalists (post 1961 merger) know:

Universalists think God is too good to damn them, and
Unitarians think they're too good to be damned.

I don't think I fully saw the humor in this growing up in PA... when I moved to MA and met "old school" UUs, it suddenly seemed very clever and funny.

TLM, that's a great story. When I moved to California I was scandalized that the local Lutheran church skipped the brief order for confession. Casual has a lot of levels.

Alice, that's pretty good. If you spent even one hour it was worth it.

Aral, it really is kind of amazing to me how far back UU goes. I read the other day that one of Luther's deputies is considered the founder, at least of the line of thinking. I say that to say this, the concept of "old school UUs" is kinda cute. Does it mean Earth-shoe era?

I never would be able to remember to "rabbit, rabbit" first thing on the first day. The best I could hope for would be "tibbar, tibbar" at bedtime. Good thing I don't believe in superstitions or horoscopes!

In hopes of getting the last word:

What do you get when you cross a Unitarian Universalist with a Jehovah's Witness?

Someone who knocks on your door and asks you what you believe.

I've struggled with a definition. I'm of two minds...mockingly derisive and affectionately affirming. I guess I would have said what ap3 said, if only I'd thought of it first. Always a day late and a definition short. *sigh*

Haha, TLP. I'm pretty sure that hybrid would come via a JW male and a UU female. The other way is hard to imagine.

Manchego, if you're UU I say you can have it both ways.