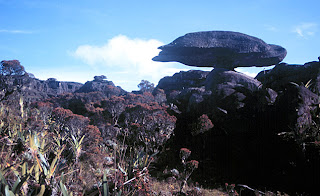 The Turtle and The Butterfly
One morning, a turtle saw a butterfly flitting about the meadow. The turtle said to the butterfly, "My shell is hard and I am very wise and very determined, but I can't fly. Living in this modern world requires every defense. Please, teach me to fly."
The butterfly explained to the turtle about natural breezes, variable airflow, navigation by star and by season, and the technology of the lift-giving wing.
"Then I will grow a wing for my natural defense!" the turtle declared.
"My friend," the butterfly answered as a little boy carried off the turtle, "a single wing could not have saved you so long as you're sweet in soup."

Moral: For anyone who entertains a child, there is a recipe.

How Coyote Found Her Voice 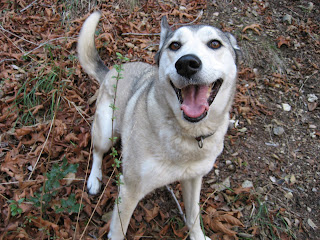 One March midnight, Coyote admired the bounty of rabbits the Spring had provided her for the hunt and decided she should give praise and thanks. Using blood as paint and fur as a brush, she made a painting of a red crocus upon the ground which the raven admired and landed so as to more closely inspect the technique. Never having tasted poultry, the coyote fell upon the raven who escaped into the air at the last moment.

The coyote then choreographed a dance, dedicated to the warming of the Earth and as she whirled and leapt about, ever faster and more gracefully, a mountain lion waited for Coyote behind a tree and bit off her tail.

Finally, Coyote wrote a fable about hunters and prey and was commissioned by the Marquis of Lagomorph to teach the young rabbits. Coyote soon discovered that educated leverets are slower and more tender and composed a hymn for the effect which she still sings to this very day.


Metaphor, n. An elaborate supper for the allegorically obese.
Posted by Doug at 3:41 AM

My first chance to be first, and I muff'd it. I will read the story later.

That explains it! I've been led down the primrose Ph.D. path!! sigh ...

METAPHORICAL, adj. The rationalizations of the kept rabbits in Watership Down.

Ariel, Diogenes says "Cranky as ever!"

BIOLOGIST, n. The bottom of the food chain.

You're absolutely right, boy. Fables should be illustrated. Better?

"Doug Pascover's Tales of the Food Chain." Are you properly represented?

Doug....French again? Mais non, I shall not be tempted.
Marquis of Logomorph must be the Patron Saint of vegetarians...I was one for many years...vegetarian that is...now I am an artist...Is there a Metaphor in there somewhere?

Oooh, pictures and morals! What more could I ask for on a Wednesday morning?

Doug! How dare you post pictures along with stories. That's my format, and it's protected by patent.

That's funny, Al. After posting this morning I realized that four of my five fables have been about eating. You've met me. Can you explain it?

Mo'a my dad was logging in from Strassbourg where we Pascovers go to learn our five words of French. I probably wasn't luring you in for more mockery. How would you say "the man lies like a rug" in Icelandic?

Welcome Jay. I like to think this site is for the moral education of its readers. Or, failing that, we try to be funny.

Brilliant! I love the first fable a bit better because it reminds me of a very old German fable about a fox and a beautiful bird...this one might be even better.

You final definition about metaphor takes it home.

Nice start to a Wednesday! It is Wednesday alrady?

Fables able to bring a wry smile to a cynical optimist like yours truly on a foggy (both outside the window and inside my head) are good things :-) Well done indeed.

Metaphor: To be sweet in soup without actually having to be boiled.

Love the top picture... very cool. As the for raven, may I say I'm glad it got away.

metaphor a story that paints a thousand pictures.

What's a meta for?

I am emotionally and spiritually obese, but physically, I am just chubby.

I take comfort knowing that my turtle will NOT be made into soup.
Life is tough for woodland and meadow creatures.
Carnivores are not interested in allegorical obesity, they are just trying to achieve love handles, if possible.

excellent fable-izing, Doug! nothin' like a couple of grand tales to motivate me to get my derriére out of the chair and on to the stairmaster. wait... what does that mean? (um... been eating/blogging too much and exercising too little, i suppose. d'oh!)

Minka, thank you. It's Wednesday and in 7 hours or so it will be Thursday in Iceland. Consider the out-of-work limericist.

Michael, I've always appreciated your cynical optimism, optimistic cynicism and that we usually have the same weather outside, too.

Mule, that's the precise function they were created for. Well done.

Terry,
I'm glad the photo lifted your spirit
Yours make so many hearts sing
Like Coyote, my fables are meant for a lift
The best prey is caught taking wing.

No, Jamie Dawn. Let the word go forth, Republic of Pulao will not be harmed in the making of a fable.

Jamie Dawn, I write for no other reason than to help internet addicts leave their chairs.

Great fables - I am particularly fond of the first one. Who knows, bedtimes stories need some new blood in our house, let's see if I can't memorize.

Metaphor - what's a metaphor you? Can I even blame it one being too early? Bye now.

Doug, that's alotta writing just to post a picture of the lovely Lady Walela. Oh and a fantastic definition.

G: thanks NBFF... if not for you, i'd be eating worms right now -- and no one would notice and/or give a damn. sigh.

Ooops, bad Doug! That second comment addressed to Jamie Dawn was meant for Puppybrose. That's not better is it. Quesadilla, Neva?

G, whisper in my ear, what do I need to get out of this?

Sar, my little girl is worth it. Because she can't talk.

Haha, Actonbell. I was thinking napoleon.

Morgan, Actonbell was making a phor pun. They're rare but always biting. Or did you mean the fables, in which case I have no idea.

Neva, I'm sorry. Do you want a worm quesadilla?