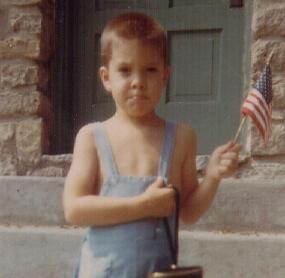 
Expatriate, n. 1. A man who carries his country around with him in his head, rather than walking around in it with his feet.
2. A man whose mental state is dependent on the rate of exchange between the currency of the native country with the currency of the host country, decided finally by which of the two he's paid in.

Atonal, adj. A type of music for the deaf, or those suddenly wishing they were.

About Indeterminacy: Indeterminacy's website, The Synchronicity of Indeterminacy is patterned after work by Carl Jung and John Cage, two intellectual giants who are therefore beyond my scope to discuss. On his site, Indie, as his friends and family call him, posts a found photo for which he writes a flash fiction companion story. He then invites readers to write their own stories for the same picture. On weekends he asks readers to write their stories before he posts his. Reader entries for the weekend are posted up front on another site of his Indeterminacies of Synchronicity. Once a month (on average,) Indie choses a prizewinner for the best submission who receives an 8"x10" of Indie's own photography. Or so I've heard.

Indie, with his wife also have created a Polish Language version of his site which features fascinating patterns of letters.

Indie married a muse (and it shows) and has one son. He has lived in Germany since the 1980s.

I'll confess I think The Synchronicity of Indeterminacy is an absolutely brilliant accomplishment. Built from photography, spontaneity, literature and interactivity, The Synchronicity of Indeterminacy sets the standard for this new medium as an art form. It's where I first refer anyone who wants to know what a weblog is. The fact that his writing is terrific helps. His stories are fantastical and the last line is regularly astonishing.

Three of my favorite stories are here, here, and here.

In honor of the two influences that Indie cites, I am concluding this biography with a song I wrote just for him using images from my subconscious and set to the tune of Cage's famous work 4'33" (immediately below.)

How to be a Wednesday Special Guest: Every Wednesday, this site features a definition for a word not in Bierce's dictionary written by someone other than myself. If you would like to write one in the future, please send me an email at dpascover at gmail or leave a comment here stating that you would like to be added to the list. Expect two months or so between when I add you to the list and you are contacted to write. To the extent this all goes according to plan, I will send you an email with a word to define immediately after posting the current guest post and I ask you to send your definition and a picture representing you by the following Saturday.
Posted by Unknown at 3:30 PM

I am an East-German, living in Iceland and teaching English. If you look "expatriate" up in a dictionary you will find my photo right next to it!

As I said on Indie's site, good defs, but hard on atonal music, though I must say, Doug, don't quit your day job.
I forgot to comment over there on your question about whether you should change your photo, Indie. I don't think so. This one looks sort of pouty, though I enjoyed seeing the resemblance between you and your son (pictured in Doug's third "here" link, for Indeterminacy newcomers)

Yeah, Indie is great. His blog is brilliant, no question.

Monika, that's what I left out!

Weirsdo, who said anything about me quitting my day job? I never even married a perfesser.

I agree with your daughter, TLP.

I agree with your mother. APPP? I mean about changing hands.

Mrs. Weirsdo: I probably listen to a lot of atonal music and don't even know it. I was thinking of this of this one atonal track on Nico's Chelsea Girls album when I wrote that definition. I always have to skip that. Or maybe the music of Yoko Ono.

Atonal, adj.
Root: Atone, sorry 'bout that.
Music marked by avoidance, or organized without reference to a center. Music without a country.

expatriate: He, who returns after a long absence.

atonal: the quality of voices of people who know better than you.

Just surfed in via BE
Nice Blog, as it raised a smile, not many do :)

Indie and Weirsdo, I may have made a fool out of myself again. I thought some of Cage's compositions were atonal. That's why you got that word. I told you it was outside my scope.

TLP, that was Biercelike. Nice.

Semisweet, you're back! I like your definition of atonal.

Thanks, cymro_pur, I'm glad you're here and like your diary. By the way, my grandmother was from Merthyr Tydfil. I've never been to Wales but my mom went a year or two back.

Expatriate: According to the Bush administration, an American who did not support the decision to go to war.

Yes, that is rather Bierce-like indeed. And an appropos picture of Indie too. :)

I grew up in a small town in the Lower Yakima Valley of Central Washington, a great place to die but you wouldn't want to live there -- a great place to visit to buy fruit but not somewhere you'd want to actually stay to work since the jobs are menial and untechnical. I now live on the west side of the state, a place with two seasons (wet and wetter) but visit whenever the urge for peace and quiet strikes me. I refer to myself as an "expatriat Yakimoid". And we are many, yet not enough.

Doug: Not at all. I think most if not all his music is atonal. TLP is accurate; it's just music without a tonal center. "Atonal" can also refer to music that does not adhere to classical Western tonality, for instance twelve-tone music or Bartok and some non-Western traditional music, like Chinese opera. This is really wrong, though, because these sorts of music operate under a different, but still tonal, system. 20th century art music often has shifting but clear tonal centers, too, and is therefore not strictly atonal, even if it avoids any tonal system.
Cage not only avoids a tonal center, he often avoids any deliberate compositional technique altogether, partly so that we can explore the (dubious) notion that what makes sound aesthetic is how it's framed, not how it's composed.
There will be a quiz.

Sar, nice pun and thanks.

Hey, Mushroom! It's the American way to move your body and dream your way back.

Weirsdo, can it be open-book? Want to be in-house wikipedia?

WOW- Impressive stuff, and I will lurk this out. Great definitions and write-up:)

Nice.
I'm totally not prepared for class today so I will just bask in the brilliance of ya'll.

Expatriate, n. A fancy French spelling for ex-patriot. Thrown as an insult by the Right, and taken as a compliment by the Left.

Since I was an expatiate for two years, I can relate to this. My tax returns looked like a phone book. The Manhattan phone book, that is.

Atonal, n. Music played not to be listened to, but to be heard.

Thanks, Actonbell. Your mom's over their all the time. Make her explain why you had to learn about it here.

Bask away, Alice. I like to think of this site as intellectual tanning fluid.

Beautiful, a4g! That's the kind of pox-on-both-houses political humor that suits me best. Thanks for nudging over.

See you there, Fred. It's your world.

a4g, you slid one by me. I'm guessing if Comfort Addict comes by he'll be ticked you got that in ahead of him. Sounds like one of his.

Hello to Indie! Great guest post, and I love the pic.
Doug wrote a great piece about you.
Very well deserved.

I think Tan Lucy Pez's atonal definition should be the definitive one. I'm wish I'd have thought of it.

Thanks everyone for not flaming me for writing masculine, non-politically correct definitions fo expat. I did this because 1) It keeps with the style of language in user at Bierce's time, and 2) The formulation got too cumbersome in the gender-non-specific form.

Of course these defs apply to both genders.

Jamie Dawn, it took a second to realize that you were talking about grades.

Indie, thanks for doing this. I forgive you for your chauvinism.

ave Doug, great tribute, ave Indie, you're a great subject. do you sometimes feel like an expatriate?

Hurray, Ariel, I really wanted you to see this. And with a picture of a little Hungarian girl no less.

Ariel: I feel like the first definition. I have a snapshot of my country in head, the way it was when I left it, and that's all that's real for me. Everything else I read or hear is missing the immediacy for me to really experience it. The second definition is more superficial and is for people I've heard of in Germany or other countries who were paid in US dollars at times when the dollar was low.

re Indeterminacy's comment about politically incorrect expression, I've been hawking around the place the need fo0r gender-neutral pronouns in english, have developed a set, am using them everywhere I can. If more people jumbed on this bandwagon it might actually get rolling.