This week, please welcome my guest, Ambrose Bierce, this being the hallowe'en season according to the drugstore in my neighborhood. Monsieur Bierce was asked to demonstrate fables.

The Opossum of The Future 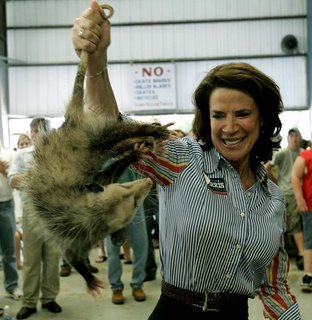 ONE day an Opossum who had gone to sleep hanging from the highest branch of a tree by the tail, awoke and saw a large Snake wound about the limb, between him and the trunk of the tree.

"If I hold on," he said to himself, "I shall be swallowed; if I let go I shall break my neck."

But suddenly he bethought himself to dissemble.

"My perfected friend," he said, "my parental instinct recognises in you a noble evidence and illustration of the theory of development. You are the Opossum of the Future, the ultimate Fittest Survivor of our species, the ripe result of progressive prehensility - all tail!"

But the Snake, proud of his ancient eminence in Scriptural history, was strictly orthodox, and did not accept the scientific view.

The Cat and The King 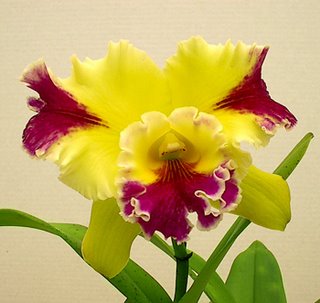 A CAT was looking at a King, as permitted by the proverb.

"Well," said the monarch, observing her inspection of the royal person, "how do you like me?"

"I can imagine a King," said the Cat, "whom I should like better."

The sovereign was so pleased with the wit of the reply that he gave her permission to scratch his Prime Minister's eyes out.

The Wolf Who Would Be A Lion

A FOOLISH Fellow who had been told that he was a great man believed it, and got himself appointed a Commissioner to the Interasylum Exposition of Preserved Idiots. At the first meeting of the Board he was mistaken for one of the exhibits, and the janitor was ordered to remove him to his appropriate glass case.

"Alas!" he exclaimed as he was carried out, "why was I not content to remain where the cut of my forehead is so common as to be known as the Pacific Slope?"

The Blotted Esctcheon And The Soiled Ermine

A BLOTTED Escutcheon, rising to a question of privilege, said:

"Mr. Speaker, I wish to hurl back an allegation and explain that the spots upon me are the natural markings of one who is a direct descendant of the sun and a spotted fawn. They come of no accident of character, but inhere in the divine order and constitution of things."

When the Blotted Escutcheon had resumed his seat a Soiled Ermine rose and said:

"Mr. Speaker, I have heard with profound attention and entire approval the explanation of the honourable member, and wish to offer a few remarks on my own behalf. I, too, have been foully calumniated by our ancient enemy, the Infamous Falsehood, and I wish to point out that I am made of the fur of the MUSTELA MACULATA, which is dirty from birth."

About Ambrose Bierce: Um, well, duh. Along with his famous Devil's Dictionary, and invective, Bierce was also a fabulous fabulist. On occassional Wednesday when the times and the morals call for it or I've otherwise forgotten to ask someone to guest here, some of the fables may appear here on Wednesdays. More can be found using the link on the right, last under "Ambrose Bierce Resources."

How to be a guest on this site: There are two options: One is to be a writer famous for invective, die and ferment for ninety years. The other is to email me at dpascover at mac dot com. On a future Wednesday, I'll email you with a word to define and ask you to return a satirical definition and at least one graphic representing you and or your definition by the following Saturday. The rules are: No profanity, no novels and whatever I make up at the last minute.
Posted by Doug at 3:40 AM

eat your hearts out, everyone! :P

will be back with some fable

Tall tales followed by tall tails I see here today, as I'd know that tail above me anywhere - my SIS is back - woohoo! This calls for my superdelicious pancakes and mimosas all around. Who's bringing the chocolate covered strawberries?

You know Doug, I'd be remiss if I didn't point out that was a mighty long, albeit enjoyable, guest post (though I might have paired Katherine Harris with the snake as opposed to the opposum). I suppose as the inspiration for this site, Beirce is exempt from your no novels rule? Just wondering.

Sar: i'm thinking our host is traveling, and figured this lengthy missive would keep us all entertained and/or amused while he's away. just a theory, mind you, but still...

that said, i, for one, am HIGHLY entertained and/or amused. (but, as we all know, i'm easy.)

Interasylum Exposition of Preserved Idiots Heh. I used to work there. xoxo

FABLE, n. See FERDINAND. See also the papal excommunication of Halley's Comet. FABULOUS: having the essence or character of a fable, and so, of course, not true. See the well-known Irish compliment, back of me hand to you.

I'll look forward to that, Karma.

Minka, I like to think of myself as lexicographical archivist. No I don't. No one does.

Sar, I think if you reread that fable you'll find The Honorable Katherine Harris is exactly the snake's role.

Mireille, that's a coincidence, I used to live there.

Fables! Fables!! So many fables. You couldn't give me something short to read upon my return hm? Oh no...fables!!

Special ghost Wednesday is a great idea. I also enjoyed the day you did an actual post about you! Hint, hint. (Subtle, eh?)

Quilldancer, I think you've been attending the wrong church.

Thanks, TLP, and no original writing. A gem indeed!

Hurray for the return of the Little Blue Pill.

Kyahgirl, I have no idea what you're suggesting. You want to be a guest again? OK.

Love the fables! I just never know what i might find over here at your place...it's always a party. Thanks, Doug.

Eewwwwwwwwww - your possum picture caused me to remember just how vile those creatures smell. (I've given aid to a few) Sorry, couldn't help it. Did you know that they don't "play" possum.... they actually faint from fright? I like the word prehensility.

So possums don't play possum they faint? Wow...I did not know that. On ocassion they venture in to our yard and, when confronted by our pups, play dead quite effectively. Now I feel sorry for the poor things.

Joel - Possums aren't the sharpest tool in the shed. But they keep on surviving, just like other semi-mindless creatures like doves, chickens and roaches. I think they must be blondes. They will always be around :-)

Well, my husband saw a dead opossum during his run, and came home and hold me about this dead rat in the road--"you should've seen the TAIL on this rat!" He has not lived this down. Their tails are pretty scary looking!

That's interesting that Bierce was also a fabulist! I enjoyed those.

Terry, the australian ones are cute. I don't know how everyone else got the ugly ones. I'm a little proud to have found a critter you aren't fond of. I suspect there aren't many. Is there a ugly bird?


Synpathy is weakness, Joel. Or niceness. Something like that. I don't care.

Terry, I was waiting for you to include sportscasters or bureaucrats or zookeepers.

Actonbell, there are a couple hundred fables. They're as you'd expect. Lots of pasting material for future guestless Wednesdays.

Doug BTW - possums are't real smart, nor particularly good looking (ever check out the teeth on those babies?) but I never said I wasn't fond of them. Just wear a clothespin on your nose when visiting with them :-D Sportscasters or bureaucrats or zookeepers shouldn't be mentioned in the same sentence as creatures. They are a different genus entirely.


Actonbell - did you know that many roadkill possums still possibly have living babies in their pouch? (They are marsupials) We get them in occasionally - whole litters still alive and suckling after poor mama was run over :-(

Terry: that's fascinating -- i had no idea! (so sad for those babies)

what Joel *didn't* say about his "encounter" with a possum was this: one night last winter our dogs were going crazy in the backyard, so he went out to see why. after a few minutes, he came racing back into the house to tell me there was a dead possum in the yard and he needed a shovel so he could toss it over the fence (since our dogs were so curious, he was afraid they'd try to bite it). i trotted out with him (to hold the flashlight), only to discover... NO possum! Joel scratched his head and said, "gosh, i was so sure that little guy was dead." and i said to him "why do you think they call it "playing possum?"".

okay... it was funny at the time. not Biercean, but funny. (we're easily amused)

Let me rephrase that:

Any story beginning with the words, "They made me do it ...." or "It wasn't my fault ...," after I reiterate the event from a teacher's POV.

We denizens of the Netherworld Hotel thank you for sharing those stories! I, The Cheesemeister, will do my best to keep the profane spirits who reside here within a PG rating should they ever post at this site. They are well known for dropping "F" bombs.

Why? Why for the love of God is the picture of Harris?

BTW, I actually found an opposum about that size hiding under my nightstand one morning. But that's a story for another day....

Thanks, Terry. It's always good to have a zookeeper around.

Thanks, Puppybrose. That was good for a laugh.

Thanks, Cheesemeister. Did you just volunteer to be a guest on this site?

Quilldancer, and fables into vinegar?

That's sometimes the finished product, yes, although I believe the onset of puberty has more claim to that then any influence I may have.

Hi Doug,
I'd love to be a guest. I must warn you, however, that my brain is pretty muddled and the resulting thoughts are kind of convoluted. I'll blame the bipolar disorder and the lithium, but its probably just me!