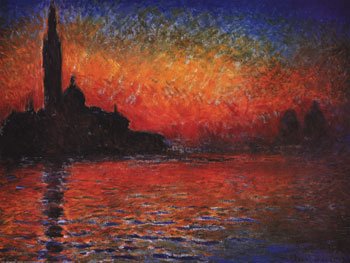 To hear the story, come to Venice. 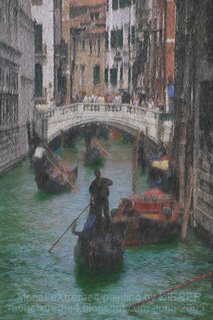 To read the story, sing to lovers

This week in The Prattler, "Into All The World."

And, Happy Birthday to G!
Posted by Unknown at 3:24 AM

Email ThisBlogThis!Share to TwitterShare to FacebookShare to Pinterest
Labels: A, Fiction, Friends, Story

I've never been to Venice, but I'd like to. About the closest I have been to Venice was when I was in Vegas last summer enjoying gondola rides. :)

Woot and I got them all in the end!

*sashays away, totally happy because I finally got a story!*

And see...Princess. I knew you'd get it right!

Sigh - the bit about my Dad...nice. He'd have liked that.

Hm...not sure how I feel about that Lacy coming along though. I mean...I don't share that well.

ah... a tale of love. or lust. or...er... alarum. told with such verve and poetry! verily, you have outdone yourself this day, oh Biercely Bard!!

and it wasn't at all alaruming that the characters spoke in rhymes.

Absolutely wonderful, Doug!
Jenna's gonna tell us what happens NEXT, right? Poor herdsman! Had the key to the belt and didn't even know it.

Oh you want to know what happens next, Actonbell?

The Princess pushed the handmaiden from the room because Princesses don't have to share (it's in the rule book, fo sho) then shut the door.

By the way, Doug, I just put up an addendum with 2 bonus photos on BASIP... might amuse/interest you. XO

an alaruming tale indeed.
i guess someone or the other had to swallow a bitter Pill

Anyone here speak Venetian? I need translation. So there's something going on between Jenna and O Ceallaigh? Did we all know this? "Key to the belt" heh. xoxo

Congrats Jenna, you got a story and all the men. That's as it should be!

I feel sorry for poor Lacy...I'm pulling for him in the bedroom challenge!

Joel, ahem, I believe Lacy was the handmaiden which takes this tale into an entirely different direction.

i'm guessing the bedroom challenge is where Leo an/or Lacy are gonna shine. still, it matters not... for when all is said and *done* it's win-win-win-WIN for that promiscuous princess.

Yo Doug! You spent all that time in Missouri and this is what you came up with?!? No more pizza with anchovies for you! And no more KC Royals games either. They rot your mind. Obviously.

Me an' Jenna, Mireille? You must've tuned in late. Some crack about an avatar ... The story's about as close as I'll ever get. And I'm no more keen on sharing than the Pill is.

Not that that matters, for the Don will certainly skewer the Earl, he being inflamed not only by lust for the Princess but in wrath at his linguistic torture at the hands of the Arabic tongues. While Leopold escorts Lacy away, each one shocked and disillusioned at the carnage, and in so doing he discovers at last his true partner. They leave the castle, marry, and set up a horse ranch in California's Central Valley.

*Very well done! You too Doug.

*Talkin' to Princess Blue Pill there.

Actually, this is an alaruming story. Only three suiters for a Princess?

I'm still feeling a little vague on the whole plot. And I know it isn't due to Doug's plot structure. That guy could make a rock weep with his stories. They're that good. I think we all agree Doug is a master storyteller.

Could this have anything to do with the six muscle relaxants I took yesterday? I thought the diet Coke would kind of counteract the whole brain-is-mush thing. Anyway, thanks for clarification O'C.

Princess Blue Pill. hmm. Just remember you two, if it hasn't subsided in four hours, a physician MUST be contacted. xoxo

What? You're not even going to attempt to fight for me, OC? I'm the freakin' Princess!! THE PRINCESS!!! Do you not see my sparkly tiara?

CJ, that's about as close as I've been.

Jenna, with my regards. Sashay away.

And as Princess Blue Pill, you are some greedy royalty.

Thank you, Puppybrose. I'm glad you aren't afraid of rhyme all the time.

Hermana, every dog has his day to be a dog.

Haha, Actonbell. And thanks. This is why reading is fundamental.

Have fun in New Hope, Dddragon.

Three little Pezes all in a row. Thanks, sis!

Jenna, thank you for shutting the door.

Karma, someone or some ones.

Think back, Mireille. Just to vex you further Giacobbe is Italian for Jake, more or less.

Kyahgirl, I'm not sure a guy who just plagiarized Shakespeare should take credit for a lot of creativity. Maybe if I'd plagiarized Anne Brontë.

A male handmaiden, Joel? Does Neva know how you think?

Thank you, G. Every day's The Merchant of Venice for you, I guess.

Puppybrose, it kind of was a good day however you slice it.

Honestly, O Ceallaigh, I had just read an old story with Irish Earls in it. Hence your title. I should have made you the herdsman. I think you could use the saddle time.

Mireille, I think you must have had 12 today but thanks.
Here's the outline:
Boy meets girl, girls late father rejects boy. Other boy meets girl, same result. Illiterate boy meets girl. All get together for a new test and throw in another girl. That help?

Jenna, I didn't say I wouldn't fight for you. But the dawg gave me a compass, fer cryin' out loud. And while the pin ... er, the pen ... might be mightier than the sword in the blogosphere, in a boudoir battle I'd gladly trade both scribe and direction for a nice, beautiful, fully loaded Smith and Wesson. Especially in the 15th century. Talk about alternative history ...!

As much as I love the weekday fare here I must say, the weekend stories are like a delectable dessert after a sumptuous feast.
And this one?
Well, I am definitely feeling satisfied.

Okay, okay...I meant Leopold. You make one little mistake and wham! the birthday girl cuts you off at the knees. Just for that I renew my hope that Lacy (male or female immaterial at this point), wins the Princess' heart...granted she/he is certainly a darkhorse candidate but really, think about it, who knows the Princess better than her handmaiden...Go Lacy!!! Gotta admit...quite a twist, eh?

Hm...the Princess says that Lacy is NOT a contender because she is a handmaiden. Not a cabana boy (really, Doug, you dropped the ball on that one. What would I do with a handmaiden?)

Leo is quite intriguing. The Princess demands to know more about this "darkhorse".

Well, lookey here - a tiara - must be for me the Birthday Girl! It fits! Didn't you know the Queen always rules in the end my dear Princess?

Joel: your mistake - our plot twist.

Oh, the tiara's gone to my head - thanks for the Birthday Banner Dawg :)

If you're a queen G, you need a Crown.

Now give me back my tiara. I can't be a princess without some sparkle sparkle.

You are so right - how insensitive of me.

I left it on your bed as you're sure to find it there :)

Goodnight Princess Pill! Goodnight to the rest of you motley kingdom (and thanks again for your birthday wishes).

Doug- did the bordello open back up? that's a shame bc I'm leaving in a day. I might even have to shed the penitence outfit, and don the old avatar for this one.

Oooh lah. Fooooo-shooooo indeed. The Princess is worthy of the ol' avatar? Shazaaaaaaam.

While I was reading the story-which was well told and constructed, as fables go- I couldn't figure who it was about. Until Jenna in the comment section :)
Our little blue pill :) It is a very fitting story and it must have killed Doug writing it, him with the laws and regulations for erotic-free blogsites :)

Jenna, I saw no other possible ending for a tale in which you were the protagonist.

Thanks, Logo. The kitchen stays open during the comments.

Absolutely, Joel. Where were you when I was writing this?

Princess, a cabana boy? You'd wear him out.

Jake, save it for the enemy, son. I say when there's a duel over here. And safe travels.

Minka, I survived. Geez, Minka, all I ever said was no profanity in guest posts. Nobody appreciates a gentleman anymore.

Minka said...
This comment has been removed by a blog administrator.
7:11 AM

I SAID NO SARCASM!

Hey, I already deleted it...I remembered that particular rule as well;) As I did the other 50 :)
easy-going seems to be a mere collection of syllables to you!

Do I need to get back in the ring here?

Somehow, I find it hard to believe that Princess Pill would keep her "activities" to the bedchamber. I'm assuming all surfaces in the castle would be fair game.
As well as the meadows, barns, wagons...

Great story, Doug.
Jenna is good inspiration for you!

Oh they are, Jamie Dawn, but I keep being reminded this is a PG-13 palace. Sigh. I'm being bound everywhere!

Oooh does this make me a muse? Oooh lah.

Apparently there are to be no Battle Royales, Incognito Earl. The Royal Advisor nipped that early in the bud. Too bad because the Don was going to shed his Donkey Kong image for this. Bummer. And here I was looking forward to what this mysterious Leo was going to bring to the joust. Pity.

Now I'm off to buy some royal luggage with wheels.

Being bound is kinky...

All the comments seem to be Doug's fault.

Indeed, everybody's working for the weekend. ;)

Jenna: Did you say "bound?" Were handcuffs involved, or just rudimentary shackles? :) Doug KNEW what he was getting into when he wrote this tale about getting some tail.

Yep. He had to know the comment section was going to, uhm, hmm...as soon as he slapped me into the story.

I said nothing about handcuffs or shackles. Implied is a different story all together, JD.

I think my handmaiden quit or something because no one is packing for me. Sigh. Good help is so hard to find.

Minka, I seem to have.

Thanks, Burt, I'm TKO'd. Nobody sing Teddy Pendergrass, neither.

Jamie Dawn, why is everyone so sure there wasn't a parcheesi tournament set up in the bedchamber? Most natural thing in the world.

Yes, Squaregirl, thank you. I meant a science experiment. By gorry, it's good to have a square around.

Jenna, you must wear them out.

TLP, was this the weekend Jim Morrison died by any chance?

Minxy! The celebration continues! Thank you - ata medaber ivrit? I know you helped me out with Yiddish, now this - you're perfect in every way. Toda raba.