The Case of the Missing Moral

Story #72, a matter in which theft, autism and hippiedom play a role. 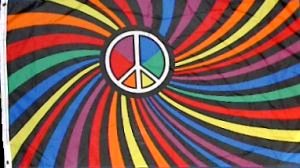 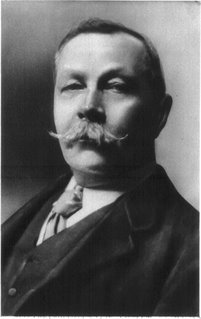 To read the story, click Arthur Conan Doyle who thought mormonism was troubling.

This week The Prattler, "The Reader's Digest Empire."

Reminder: Waking Ambrose will be on vacation December 1-14. Stories will return December 16.
Posted by Doug at 4:13 AM

Bisteringly logical, my dear Pascover! And, had I not tucked a fresh ten pounds under my waistline this weekend, your tale would, doubtless, have been more transparent to me.

I must point out that you do violate herein that most ancient of Publishers' Rules: "How many times do I have to tell you? No equations!"

However, you redeem yourself by throwing in a heinous crime and a guy with a ponytail. Bravo! And, have a great weekend, DP.

Finally, a story about the brilliant and mysterious Square! That was a great story. :-)

That was hysterical. However, you of the amazing definitions, I will never let you forget this line
Passive-aggressive behavior comes as naturally to women as rationality and moderation do to men.”

I might even post it in Courting under a new feature: stupid sayings by so-called wise men. But then you do
need a vacation badly, so I might let it go, and I dare you to ever call me passive-aggressive.

"Stick an ice cube down it, dude. The Dawg's talkin' California here. We ain't there."

"Will you let that go, already? Besides, can't you recognize a figure of speech when you see one?"

"No. And if it looks anything like your figure, I don't want to."

Great story, Doug. I'm sure Watson would be proud. After he stopped being green. Makes me even more suspicious of lawyers, physicians and pharmacists than I was. Hippies focus in the presence of sarcasm. I'll have to try it sometime. Though Maine is rather understocked in hippies. The prospect of freezing in the winter tends to force a semblance of practicality.

Quill? Up early? Or to bed late?

Quill, if I had grown up in your home I bet I'd be more reliable.

Al, while I'm happy to blame the bird, Squaregirl is both a blogger friend and a work friend and I might have failed at blending the in-jokes. The equation stays!

Pia, I claim ironic license and you're right, we should invent that psychotropic.

O Ceallaigh, not even the prospect of being knocked around by cops reforms the hippy. You problem have them, but frozen.

Oh yeah, well, a woman without a man is like a fish without a bicycle.

i'm still trying to find a moral in all this. or i was until i read TLP's comment!

Pia, on behalf of all our gender, my friend, you MUST post that line somewhere! Doug, we may be "passive-aggressive", but dammit, we'll be so with panache.

elementary: the foundation for all misunderstandings and/or mistakes.

That Squaregirl is one impressive intuitive woman! That story was pretty damn funny too. All in all, a good one (and I haven't even listened yet).

Have a good weekend.

Doug -- if you grew up in my house you'd have a ponytail and a different sign: will work for food.

OC -- early to bed, & sweet dreams; up before the sun. I'm hoping it's habit forming.

Yes, I think TLP got the moral. Nicely done, Doug.

Pia, TLP and Puppybrose, that line was in a context. I know you heard me but I need you to listen.

Quill, the will blog for attention sign suits me.

Loved it!
Square is pretty private about her persoanl life, but i am very intrigued as to how far you had to stretch your imagination for the final paragraph.
Square is Sherlock...I buy that. Somehow I have problems with the image of you as Watson though:)

"The scandal in Bohemia"?

Seriously Doug, those people sound likem major OCD hippie dorks. I'd be embarassed to admit I knew them if I were you.

At least try to stay as far away from them as possible. No good can come of these people.

Very clever, Minka. I didn't mean that to follow A Scandal in Bohemia but that was the very story that came to mind when I wrote this, including the sexist generalization I parodied and for which I am now to be hanged. The last paragraph was pure fiction so far as I know.

Squaregirl, I am a friend to the outcast and the not-quite-right.

Doug, we all wave the will blog for attention sign. Speaking of which, I have another short story up on that blog whose name so tickles your funny bone.

Doug...(shhh, I'd rather not say this too loud) have you noticed that the majority of readers here are, ahem, women? Perhaps the vacation is timed perfectly? That said, enjoyed the story very much.

Oh and G...as for the cookie jars, I can be found trying to squeeze back through the pipe (ebay) from which they came.

Douglas, as soon as I read this story I was immediately reminded of "A scandal in Bohemia", I thought you did really well. I really do!

So, what's this about people in San Gabriel Valley being on diets? I haven't read about this.

The strangest thing happened! I agreed with every word over at The Prattler, but can't comment there. Musta been a dream.

Great story. That squaregirl is way more smarter than Sherlock, but then again, she is a woman.

Quill, I'll be by before the weekend ends. Thanks for the notice.

Joel, how could I not notice? I'm being blog-pecked.

Thanks, Minka. I'm very impressed. I borrowed almost none of the plot. Actually, I''m a little frightened.

Actonbell, beer is a diet if you're consistent.

TLP, it's fixed now. Please go agree with me.

Thanks, Goldennib. She's canny, alright. Probably that extra x-chromosome. Actually, the guy I based the victim on is plenty bright too.

Not to ruin a good story with an explanation, but it I can't help but think it is waaay funnier if you know the stories victim the way Doug and I do, as he is described perfectly here. A forty something hippy, Italian vegetarian (I think) who likes to do yoga, meditate, talk about his feelings and bake peanut butter cookies (delicious, I might add) for our meetings as he touts the value of a comfortable and open meeting environment (I agree). Plus he makes Doug say something ppositive that happened to him at the beggining of every meeting. He is the perfect Yin to Doug's Yang and I like to tell Doug what an endearing couple I think the two of them are!

Thanks for the info squaregirl! I love, LOVE ! LOVE! I SAY, the idea of Doug having to say something positive. LOVE IT! I can't imagine it, but I love it.

TLP -- you are a riot. I love reading your comments.

ah...now see? i *knew* there was more to this particular tale -- it had "private joke" written all over it. thanks for shedding a bit more light on those oh-so-important missing elements, Squaregirl!

The irony is that Doug actually downplayed both mine and the Italian hippy guys neurosis (thanks Doug). But yes TLP, it is quite amusing to witness a 5'2" ponytailed hippy get a 6'1" (I'm guessing) curmudgeon to try to come up with something positive to share in our meetings. It does help that there is food provided, as even curmudgeons are comfortable praising food.

By the way Doug, I think I'm going to include the transcripts of this in our next meetings agenda...what do you think about that idea?

It's late I'll read it tomorrow so I can give it my undivided attention. I just didn't want to be last.

Square, that should be helpful.

TLP, what Squaregirl left out is that my "celebration" tends to be something along the lines of "The other day, I was about to say something very cynical but forgot what it was."

Quilly, we all do. I didn't grow up in her house, either but I like to pretend.

Puppybrose, I didn't mean to make it that much of an in-joke. Sorry about that.

I'm sorry, Mistress. Let me get the dishes.

Cooper, you were first after Squaregirl's third and that's something to celebrate.

Oh, and guys? Squaregirl is 7'4" and covered in blue fur.

Light blue or dark blue? True navy blue? You really do have to be more exact on the fur thing.

Seven ft.,4 inches squared is quite a gal! The blue fur is a real turn-on of course, but we also need to know eye color. Blue eyes and blue fur would be over the top. Green eyes would clash. Brown eyes could work with some blues. I'm thinkin' yellow is the only safe color here. Can we get a picture here?

I just love Squaregirls additions to the history of this story. You're in danger of being outed Mr. Curmudgeon.

That was funny, me thinks you are in a good mood because you are taking some time off.

I've never been first after someone else's third before so yeah.

TLP, kind of a robin's egg.

I don't think so, Kyah. Squaregirl's sat through a lot of fractious meetings where I was the main fracture. I know she suspects I have a soft side which I'll neither confirm nor deny, but I bet she'll also certify my gruffness.

Cooper, I just may be. So this was your first time? All the more reason to celebrate.

Speaking of bizarro, Doug, I must ask, if you're "a friend to the outcast and the not-quite-right", which category would yours truly fall in? Hmmm??? ;)

Square girl has added much. But thanks TLP, Sar, Doug will not get away with that sentence

Sar, I'll answer your question as gently as I can before the voices distract you.

Pia, this may be the first time I ever thanked the divine for a tv show.