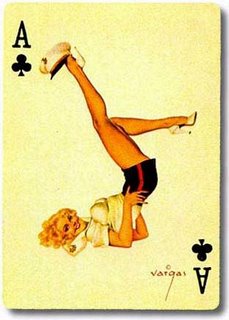 This week it's my pleasure to introduce Julie Goes To Hollywood. Julie has given us the following definition:


Studio, n. 1. A large, gated parking lot where there’s no parking and where movies aren’t made, since they’re outsourced to Romania so there’s enough money to pay Tom Cruise on the back end. Generally run by twenty-four-year-old executives who think Casablanca is a great pizzeria in the Valley, and owned by a soulless Japanese conglomerate whose number-crunching principals only tolerate the ever diminishing profits in hopes of meeting Julia Roberts over sushi at Koi. 2. Exclusive manufacturers of overblown, computer generated summertime blockbusters for the kiddies; gross-out comedies targeting males fourteen to twenty-five; and popcorn thrillers about women in peril starring Ashley Judd. 3. A small, windowless apartment where aspiring screenwriters are affordably warehoused until such time as they either begin writing suitable material for Vin Diesel or give up and go home to Umatilla and stage another tired community theater revival of My Fair Lady.
ant. Sundance Filmmakers Lab, the suburban backyard of Ed Burns, every film school in America or anyplace where two geeks with a camera phone can make meaningful, memorable films for the price of an I-Book.

About Julie Goes to Hollywood: Julie belongs to that great cast of Hollywood aspirants without whom all low-wage labor in Los Angeles would be done by immigrants. Unlike many of her fellows, however, she knows what she's sacrificed to place herself in that line. A former travel journalist with an international portfolio, Julie came to Hollywood in order to publish her own voice in her preferred medium. She attended a leading film school and now shares the period between preparation and discovery in her weblog, Things They Won't Tell You in Film School.

Julie tells us stories not just about her aspirations and the long road to their fulfillment but also the rented bungalow, her neighbors, her dogs, her past, her friends, her losses, snark and entertainments. She writes about the whole Los Angeles the way they did when they were writing for Bogart. I recommend her site as a special advance preview of coming attractions.

How to be a Wednesday Guest: Just send me an e-mail at dpascover at mac dot com and let me know you're willing. On a future Wednesday I'll email you with a word to define and a request for a graphic. You'll have until the following Saturday to return your entry. The only rule is no profanity please.
Posted by Doug at 3:32 AM

The scene behind the scene - now that sounds like a blog I'd like! I'll be by to check it out, Julie. :)

Cooper said...
This comment has been removed by a blog administrator.
7:08 AM


I knew Tom Cruise was paid on the back end....no matter how many ten year old girls he marries.

I'll check Julie out later. Aral is forcing me out of the house now.

No hitchhikers on my road. Too cold, snowy and windy yesterday.

Studio: the room dddragon added on to her house in order to do art work, but which became a play room for twins in the end.

Sar, I think you'll really enjoy it. Thanks. Friends don't share earworms, by the way.

Alice, I'll miss the starry-eyed ingenue you were until this morning. I see the Coalition for Darfur and South Park are your main sources. I approve.

TLP, you just replaced the Genesis earworm with Robert Burns. The best laid plans of the mother of twins aren't even poetically doomed, are they? Poor Nox.

We have all witnessed Alice's fall from ingenuehood--but she is going to be 21 in May; in Alice years that's 45

Hi Julie, I look forward to reading your blog

My definition does look a little wordy, now that you mention it. What is that great Mark Twain quote -- I would have written you a shorter letter if only I'd had the time? Thanks for all your nice words and I'll look forward to some more of them over at my place. I have no idea why, but I hardly ever hear from other girls!
:-) JGTH

I thoght it sounded like someone had gotten on Julie's last nerve, then I read the ed's note at the end and that explained it all.

And just to prove I CAN do a non Bushcentric comment:

studio (n) - A small apartment that goes for about a million five in Hollywood. See hovel, hut, cardboard box.

i love the definition-so true -so sad-so true looking forward to your site julie. hi doug!

For more on the Big Hollywood Million-Five Studio, see The Greedy Foreign Landlord when you get to my site.

When I think studio, I have your idea in mind, Poobah. A studio is the place in New York City where a person making $50,000.00 a year can live alone if he doesn't mind walking into his kitchen sideways or carrying a credit card debt sufficient to finance the purchase of a house in Arizona.

Studio: the Hollywood sanctum populated by boys in the bodies of men, explaining what is offered in theaters.

Ah, yes, the room that used to be my own. I'll have to find a photo of what it became and post it. lol - my drawing table became a changing table!

Very funny, Pia. I know what you mean too. Alice is intimidating.

Julie, I disagree. Long doesn't mean too wordy. I think you captured a style, and the sequence is smart starting with the globespanning, tentacled corporations and ending with the humble scriptwriter. So there :P My definition of "Politician" was that long.

Great definition, Poobah, along the lines of Julie's 3rd. Figures it would be someone else who'd inspire you to agnosticism.

Hi, Rio! You'll like Julie's site. The two of you have a similar sense of humor, I think.

Friends, after reading the post Julie linked to read the one either right before or after about her neighbors. That's a good'n too.

This world just wasn't made for candymakers or virtuous men, S

Happy Thanksgiving Doug. Don't get triptophan poisoning and ruin your streak of sleeplessness.

Studio: A teacher, her students, and their parents.

Good luck, Julie. Sounds as if you had a handle on things out there already.

Thanks, Masil. Food comas are my only respite.

Sounds crowded, Weirsdo. And thanks.

There are no fat people in Hollywood, you can get a ticket for that. It never dawned on me the ordinance had to do with not being able to fit inside the designer kitchenette.

Semi- there are plenty of Waffle Houses down our way, too. Meet you at the one on the Lincoln Highway, Lancaster County.

Oh, boy! That's a better reason to go to Pa. than Hershey's!

Dddragon, that's impossible! You're north of the Mason-Dixon line! And in your comment above, I think you left out women in the bodies of boys.

Thanks, Actonbell. Happy Thanksgiving to you, Ekim and Serena too.

S, maybe you can open a store there. I hear Hershey's a nice town to do business in.

Oh, and Julie, that's why I live in Santa Clarita. All the fines were cutting into my grocery budget.

Nothing to add of substance,
nice to know more about Julie, and hope all the US folk have a Happy Thanksgiving tomorrow, as for you foreigners...you have a great day too!

Thanks to all of you, most especially Doug, for making this such a memorable day. Nothing makes me happier than it being all about me, which I suppose is the real reason I came to Hollywood and the last thing I ended up finding here. You guys feel like old friends, and that's another thing hard to come by in this town. Happy holidays to all.
JGTH

Julie, I love your site! I am such a Hollywood fan, will be spending a lot of time there. Please don't forget us when you become famous ... all the best :))

logmafm: energize your dogma through my radio channel

Thanks, and to you and your Alpha Female, her husband and those little critters that feed you when their mom isn't looking.

Aw, Julie. The pleasures been mine and ours. Stop back by later. A few more people may want to meet you.

What excellent definitions. I think perhaps the people at Merriam webster need to speak to Julie, they are well behind the times with theirs.
Liz

Julie: I didn't mean it was too long.

Liz, I'm not sure that's better than journalism but I agree she has the gift. Happy Thanksgiving.

And to you, Mireille. What sent goes good with mash potato and gravy?

Alice, by golly you should recognize my sarcasm by now. And my sincerity: I wish you a wonderful time with your family. Keep the wishbone away from your brother.

Great definition! And another interesting new blog to check out. Thanks, Doug!

Far away from HW, I love the site. Thanks for binging this guet.

Shirazi, there are two kinds of people on Earth, those in hollywood and those near hollywood. Meet your neighbor.

Thanks for hipping me to Julie's site, Doug. I'm a sucker for tales of the writing life in Hollywood.

It's my pleasure, CA. I think you'll appreciate the storytelling too. Happy Thanksgiving.

Thanks Doug. That is what I think I am trying to do. No?

And no-one does it better, Shi.