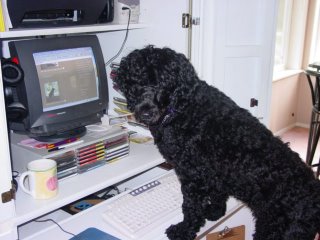 How to be a Wednesday Guest: Email me at dpascover at mac dot com. On a future Wednesday, after putting up the current week guest post I'll email you a word to define and request your definition and a graphic representing either you or your definition by the following Saturday. No profanity, please.
Posted by Doug at 3:39 AM