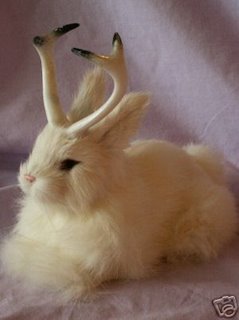 Friends, this week I'm honored to present Em, Lucy M, and Rainbow Lotus, sisters under a single skin. She offers the definition of Retrograde.

First, as a public service, Em provided the dictionary definition:

1. Moving or tending backward.
2. Opposite to the usual order; inverted or
reversed.
3. Reverting to an earlier or inferior condition.
Astronomy.
1. Of or relating to the orbital revolution
or axial rotation of a planetary or other celestial
body that moves clockwise from east to west, in the
direction opposite to most celestial bodies.
2. Of or relating to the brief, regularly
occurring, apparently backward movement of a planetary
body in its orbit as viewed against the fixed stars,
caused by the differing orbital velocities of Earth
and the body observed.
Archaic. Opposed; contrary.

And now hers:
Retrograde, n. the letter grade I allot to
past items, persons, trends, etc that have been
brought back to serve present times. (One must wait at
least 7 years before something can be referred to as
Retro).

Example from the 2005 Retro Report Card:
Grunge Jeans: C+ (Now that stores are selling the jeans torn, it's just not as personalized and cool anymore)
70's Funk: A
70's Mega Afro: A+
60's Ponchos: A++
Yoga Popularized: A++ (the 60's megayogacraze returns)
Platform Shoes: B- (Minus since they are just ugly, but they are still more comfortable than stilhettos)
Charlie and the Chocolate Factory: A+ (even creepier Umpa-Loompas)
Vegetarianism Popularized: A++ (Hippies and Animals rejoice!)
VW Beetle: B (It WAS Hitler's brainchild... so I can'tgive it an A, but it is cute)
Unitard Cheese Rock: B (The Darkness needs to put out more videos of wearing unitards)
Dr. Who: A+ (That New series deserves the +)
A "George Bush" as president: F (Boourns... now I fear
public transportation and leaving my home 500% more..)

About Em And Friends: Em was born on my 13th birthday and has caught up nicely as an old soul and a youthful spirit. Em suffers from a complex of disabilities/illnesses which would limit most of us but which catalyze in her a cheerful outreach, meticulous study, a fascination with things and people and places and the generosity to share her teeming personality. Her collection of collections is as comprehensive as most folks' collections. I should mention that today she has a critical hearing to determine whether her disabilities meet the Canadian standards that allow government assistance and I hope all of you will join in me in prayer and/or positive thinking that the outcome is good for her.

Em writes three weblogs, The Adventures of Em, a broad diary which rockets from fibromyalgia to Furby, Dead Conversations about her experiences as a medium and a professional site about her work as an astrologer, medium and tarot reader. As an example of her proficiency, she did a reading for today's birthday girl.

To read an abridged version of the birthday girl's starchart, click her picture: >

Thanks to Em for a great guest post and Happy birthday, TLP, adored and revered Blog Queen, matriarch of pezes, poets, wits and wags. I hope it's a great one. Wishing Em success and TLP silliness on this auspicious day.
Posted by Unknown at 3:30 AM

(This will never happen again...)
Hello Em, Lucy M, and Rainbow Lotus! You sound like very interesting gals, and I will be back to read more:)

And Happy Birthday to TLP! Woohoo!

ohmigosh, actonbell was here this early!!

Interesting read! I'll have to print it off and read again. Thx for asking Em/Lucy M/Rainbow Lotus to do it.

Yes, happiest of birthdays to TLP. And that graphic. Yikes!!

Where did you find these amazing people and get them to star on your blog? This woman is just to be admired and I enjoyed getting to know here a little today.
TLP is apparently FIERCE today :) I hope she has time to show her lovely side as well, otherwise she´ll just frighten her birthday guests!

I'm glad you put so many words between the sweet Ms. Em and TlP or I would have spent the whole day worried.

Fred, I can't take credit for the graphic. I googled "Lucy Pez" images and the first one was that from Little Bar of Soap's site.

Serendipty is working good for me this year, Monika.

Thanks, Liz, it was for everyone's safety.

that chart was wonderful. So interesting. xoxo

Yeah Doug where do you find these amazing people?

Em and TLP/happy birthday and the best of luck today

Good luck Em! I will dedicate my next practice and meditation to you!

Once again, a very interesting guest! Thanks for bringing them to us, Doug. Now I'm going to check the birthday chart.

Yikes! I was just reading along, enjoying your write-up of Em, when Suddenly! there I was! That's not my "good" side. I insist that all pictures be taken from my good side.

I will surely go see Em's sites. I loved the starchart. Thanks for that.

Retrograde: Bush. But that's so obvious that it's trite.

I have to admit, they were all great but choosing a favorite was tough today between Em's definition, the report card, and reading, but I'm going to have to go with the retro report card. The last line was the clincher. Hmmm. Great stuff, Em, glad to see you featured here and I'll be sure to check your sites too. :)

And happy birthday again TLP! That's some image, Doug. Monika's right it's fierce TLP. Don't worry, I balanced the scales with a docile TLP on my site. :)

rbllzwk: TLP is a rebel with zen.

And this has to be the longest comment ever seen on WA. I'll shut up now.

wow Em, very impressive. will check out all your sites :))

happy birthday dear TLP! may you forever have a devil-may-care attitude :))

Happy Birthday to the Lucy Pez!!

Hapy Birthday ya'll and hope that birthdays are retrogradish from here on in.

Mireille, glad you like it. You'll love Em, as you get to know her.

Pia, you guys are my reward for virtuous living.

Quick clarification, all. Em's birthday is the same as mine (not today.) In all the world, only TLP is celebrated on November 30. Em is having a duress day, facing a tribunal of polite Canadian bureaucrats.

Aral, I got five bucks says you recognize the subject.

Happy birthday, TLP! I used Google Images, that was the first thing that came up as "Lucy Pez"

Sar, I'm proud to be your bad cop.

Thanks, Ariella. Don't forget to tip the author. I think well wishes are her currency of choice today.

Thanks, Alice. You'll let us know when you revolve, of course.

I wish Em all the best. I admire her strength and good humor.

A Little Bar of Soap said...

Starcharts... STARCHARTS??? This is New Age FILTH! Devil, get thee OUT!

Thanks, Jamie Dawn. She sure deserves it and I appreciate you.

Soapy! I have missed you. Please remember, though, that the Magi were astologers.

Happy Birthday TLP! One can only hope that it is your actual birthday! :) I'll never tire of rubbing that in Doug...

new age??? Indians were the first astronomers and made star charts before Jesus was invented

Wow, that really is an incredibly apt starchart!
And I forgot to say, Good luck to Em on her hearing--and embarrassed to say that I read this too early, and thought that Em, Lucy M, and Rainbow Lotus really were three sisters, writing on one blog(skin). I'm in awe of anyone who can keep up with writing more than one blog, and all THREE of them are interesting and different.
Great definitions, too. Wow.

Doug, I don´t even know what serentipty means ;) Maybe a contender for the next definition?
Sar, the longest comment will always go to the ADHD guy :) But you did well, holding your concentration that long!

Masil, just you wait. One of these days I'm liable to come over to your site and leave something facetious. Just see if I don't.

Karma, the Magi were from somewhere around there too.

I hear you, Actonbell. Even two can be burdensome.

Monika, lucky accident. Like having someone drop by with a long message about ADHD when you're having trouble concentrating.

Happy Birthday, TLP! And we can all take heart from the report card that our youth will not fade, but become deja-vu all over and again.

Awwww I'm so touched! Thank you for all the great compliments :) After this long-long-loooong day, it's great to read such positivity!
I must say, thank you all for your positive thoughts, you have no idea how much I appreciate them! I daresay they payed off :D - but I must wait to get my answer within the 60 days from the disability folks. I'll not count my chickens till they've fully hatched.

Well, I've had a great day and Em seems hopeful on her disability hearing thing. So, Doug, you came through for both of us!

Weirsdo, my sneakers came back in style while I was still wearing them.

Em, I'm glad the well-wishes worked. Thanks for a great guest post with the extra effort to celebrate someone who deserves the attention. Now get some sleep.

By the way, Em, the animation was "borrowed" from Little Bar of Soap, a true genius. I'm just a thief with a keen eye.

But it's after midnight here and I have to get out of bed early and walk. *sigh* I want to sleep in.

Don't be nervous. I just didn't want to subcontract the whole party.

Gosh Doug, it would be so unlike you to say something facetious over at the temple, I can only imagine what that would sound like...

Jackelope, Aral, and a friend of Ems. Check your field manual.

I hear an echo, Masil.