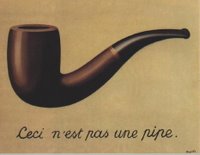 How noble to the pulpit leaps,
The mighty desiccator,
The audience profoundly sleeps-
Slow snores the great creator.
-Shelley

2006 Update: To philosophize, moralize or bathe. 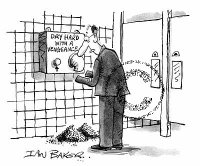 Thank you to Minka for submitting this cartoon despite being usurped, displaced, delayed and desiccated by a daughter of the Huns this morning.
Posted by Doug at 3:51 AM

I cannot find "dessicate" in the English-Hungarian dictionary. sounds elegant, though.

are you friggin' kidding me Ariel?

as for the word of today, I just wanted to add, first bath! everything else can come after.

I can not find "dessicate" in any dictionary I checked so far...well, I guess Ariel that means we foreigners are out of today´s post...at least we were cleansed before the rest of them!

And thanx for the lovely mentioning, Doug! I am a little better now!
Little magyar, I´ll beat you to it tomorrow!

Minka, I though of you today as I came into my building at 5:30. Yay First! (There is usually a guy in by 6 but I beat him today).

Anyway, can't hear the word dessicate without thinking about two things; 1- a dessicator, a common piece of lab equipment used to keep things from absorbing atmospheric moisture, and 2-the process of a dead body dessicating. No idea why 2 springs to mind unless its residual though from the 'mummy' documentary I recently watched.

Put that in your pipe and smoke it!

Oh that Monika is always so kind and noble!

eh? (I hear you laughing at the Canadian, don't think I don't hear you!)

Ariel. that's because it's spelled "Desiccate." And I call myself a dictionary writer!

Minka, you're one gracious lady.

I second both motions, Squaregirl.

I love your Canadian Kyah. Don't listen to 'em, eh?

oh...and drying out Waking Ambrose. What? It had to be said.

Sqaregirl - Can I join you? Must have coffee!

Now this sucks when an East Coaster gets beat out by the West Coast! In two countries! I was slowed by Alberto, ya' that's my story and I'm sticking to it. I'm in a poeming mood today, a lullaby at Sar's Brawl, and a poem at the new Pixie's Lair already. I'm smoking!

Thank you, thank you very much. Shows all week.

Dessicate: Someone who sucks the juice out of life...or people aka: Bella Lagossi(sp?)

I ahve come to think about this word a litle more and all I can think about is : hardfiskur.
See in Iceland we catch fish, a lot of it! I hear 60% of our economy is based on us catching thso eslimy, wriggly no-legged creatures. Anyways, one of our delicatesse is dried fish.
I loves it!

Look at that - Puppytoes stole my definition word for word.

Ahhh, to err is human
To desiccate before Mommy catches the spilled juice that you're not supposed to be having right now
Devine.

Missed you all, feel a little rusty.

for crying out loud, haven't y'all ever eaten dessicated coconut in chocolate bars! try Bounty

dessicated~ to have been made dry,
how some people prefer their blog
(snicker snicker)

For those of you that live in a desiccated county, I feel your pain.

And as the Ancient Egyptians always said...

Desiccate: a bath via cat tongue.

DESICCATE, v. To seek a substitute for water - or no substitute. To perform one of the many rituals of chemistry, at the lab or at the bar ("just let the glass see the vermouth bottle, bartender").

Minka, you're too young and kind to remember the first generation of these machines. They all had the same graffiti:

BUNS, Karma?!? After all the shenanigans around here yesterday?? And me on probation and all?!? It's enough to make an amoeba desiccate and blow away in the wind. Sob. No, wait, that doesn't work ... :)

It did need saying, Little Blue Pill. Mocking me is good for the complexion. Thank you.

Mistress Anna, may your future be moister than your present.

Minka, I was going to say something clever about dried fish but our culture is built on the MacDonald's Quarter Pounder with cheese so I think I'll just wish you bon Appetit.

Weirsdo, you know I can't get enough of Magritte humor.

Merci, Karma. New avatar, I see. And a day late.

Logo, we are not amused. OK, a little.

Chatham, I never understood why you guys came with sandpaper. I've yet to see a cat do carpentry.

Well I am off to lunch break.

Right now it is partly cloudy 78 degrees with 84% humidity, the direct opposite of desiccate.

Karma, I've got "buns" for you tomorrow.

Doug, HI-YA and love me tender.

See also, no radio reception out in these here parts. That kinda dry somehow makes my eyes water.

Dessication: a form of penitence in which the said offender dries himself of his ritualistic debauchery. In some cases, resulting in an evolutionary regression to a primate.

Jake, are you sure primate is a regression?

Why thank ya Brian. I see your out and about.

Is Bruce Lee dead?! Oops I was mixing him up with Jackie Chan. Sorry, not much for action flicks I guess. wobble wobble

Actually Doug, with that avatar glaring, more like jailhouse rock.

Weather update, in the hour I was at lunch, wind went from under 10mph, to over 30+mph with gusts to 40mph. Alberto still not onshore.

Douglas, Teddies are cute, cuddly, nice and warm! There is your answer...

Brian, lovely poem as always! We need a certain level of sophistication around here...

it really isn't a pipe, you know.
just saying.

comeon over to my place and see!

btw, Doug, thanks for stoppin' by yesterday with your great debate comments... you rock!

Hey there, thanks for the props, but aren't teddies something you wear on www.loveline.com?

Doug, at least I didn't regress as far back as an amoeba.

Dessicate rhymes with defecate... it just is not pretty...

Do I have "genitals here please" written on my foreword or something? Oy!

haha OC, but i wasn't part of the shenanigans and had no idea! in any case, i'm too shy

Brian, hope they're hot and cross

for you, always hot, and always crossed.

The first time I saw your new avatar, I thought is was dna strands. Oops!

Desiccate: Not putting on my foot moisturizer. This can be used as sandpaper.

And I'll have you know, Jake, that we amoebae represent one of the most ancient and noble guilds on Earth. You people and trees and things had to accept mutual cellular slavery and learn to live in dessication hell because WE had already taken all the good spots! And you call yourselves "higher forms of life". HA! You can have your little ritual dances and your cuties like Cowgirl, and Karma ... and Minka ... and the little blue pill ...

Mireille, to the curmudgeonly, that's all the moisture we can handle.

Brian, thanks for the weather report. And the Jailhouse rocks. This sure ain't schoolhouse rocks no more.

Minka, I'll take that as a no. You're right, let Brian lead us back to the light.

What, First Nations? You mean this?

Karma, if you're shy I'm handsome.

Em, do you make furniture?

Man, I'll say, O Ceallaigh. I'm moving to Trinidad or Ohio or someplace. You want this site? By the way, you may have a point. If I knew how to do parthenogenesis, I'd think about it.

How would you know about the radio questions? Huh? Huh????? You've missed the last two.

Put that in your pipe and smoke it.

Doug, I do know my place on this blog.

My eyes are dessicated from lack of sleep.

Nah, Doug, this place is in better hands than mine. And maybe it's just as well things are as they are, look at the talent you're attracting. Like this retired softballer that just blew in.

I'll put the GPS locator back in the car. And return everybody to the Doug and pony show.

which one is above, Doug or the pony?

Doug: Moister? LOL. I do hope for a moister future - I have had enough of emotional vampires.

You know, I could explore that moisture issue, if I didn't so earnestly share your concern about keeping the bordello out of your blog. Although I am in the apparent minority. And MizB: better foreword and forehead than foreskin. xoxo

Y'all have a good night. I posted "Oh!Alberto!" early,be very careful were you read it.;))

Funniest thing you have read all year, or your money back.

I am late to the party and most likely redundant...but...the events of the day have left quite dry, dull, and lifeless.

And you do it well, Little Blue Pill.

Ariel, and you're usually so sweet! I can see my plea backfired.

Next time, Mistress, wear a turtleneck and some garlic.

Mireille, I thought our love was pure.

Right, Kyahgirl? I expect it from some people. I think all the French must of got to her.

All I can think of for this word are those freeze-dried foods that you add water to. I ate a freeze-dried hamburger patty once. It was the weirdest thing ever, but it was quite juicy after I added the water, and it tasted pretty good.
Not even close to an In & Out burger, though.

joel: not that i'm partial, honey but on a *bad* day you're anything but "dry, dull, and lifeless"! (and thank god for that)

It is. Pure. xoxo

Maybe the new title doesn´t work cause it is in SPANISH and people can claim ignorance. I myself do not speak a word of Spanish ... well, except one sentence we all know ;)

Okay life makes sense again. I can handle missing out on a lot, but coming back to your favorite spot only to find it renamed, well that was just the final straw!

Lovely evening to desiccate a pint of Guiness.

Okay, I didn't know what anyone was talking about until the Guiness. Now I get it. Count me in the desiccation.

Puppytoes' "mummy dearest" got a chuckle out of me.

I think that desiccate is an ugly word.
It just sounds ugly, and it has a funky spelling too, also, in addition.

I vote to get rid of it all together. I could easily live without ever hearing it or reading it or saying it again.

I agree Jamie Dawn. I feel the same way about the word "slacks"

Right, Mireille, I learned about you today.

Minka, I know you're messing with me.

G, that was temporary but it made me feel better.

Actonbell, I see someone started early.

Mutha, you missed a temporary change of name and subtitle.

What happened to me feet today.

Hopefully that is the only part of my body which will suffer this consequence anytime soon. I like my body parts moist.

Denim is all good, but not if they are made into slacks. eek.

@Doug, what plea you're talking of?

Alice, you've placed me in a real moral quandary.

Mistress Anna, What's the difference between slacks and pants?

Ariel, I meant the plea from yesterday. I don't remember it either. LOL on your comment to Alice.

Slacks are for old farts:)